Significant social and religious change marked Western Europe in the 13th century.  Urban life was replacing feudal life.  A new entity to promote learning was emerging—universities.   Crusades were marching east to defeat threats against Christian Europe, and heresy was taking a foothold in southern Europe.

In this milieu and specifically to respond to heretics, Dominic de Guzman, a Spaniard born in 1170,  created something new.  In 1216, he founded an Order of itinerant preachers.  In a radical departure from tradition, his friars did not remain in their convents.  Just as Jesus sent the apostles out to preach, Dominic sent his preachers throughout Europe.  They formed an apostolic community, devoted themselves to common prayer, studied at the universities, and zealously pursued their mission—to preach the Gospel of Jesus Christ.

Dominic—man of prayer, ascetic friar, joyful companion and friend of the poor, light of the Church and preacher of grace—was, and continues to be, the inspiration for an Order that now includes more than 176,000: friars, nuns, sisters, laity, and youth.  For over 800 years the grace of Dominic has drawn and inspired a global family of followers.  One branch of the Dominican family is the Congregation of the Queen of the Holy Rosary, the Dominican Sisters of Mission San Jose. 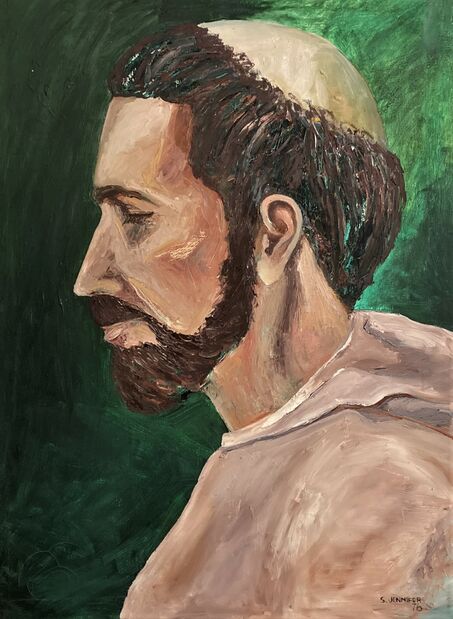 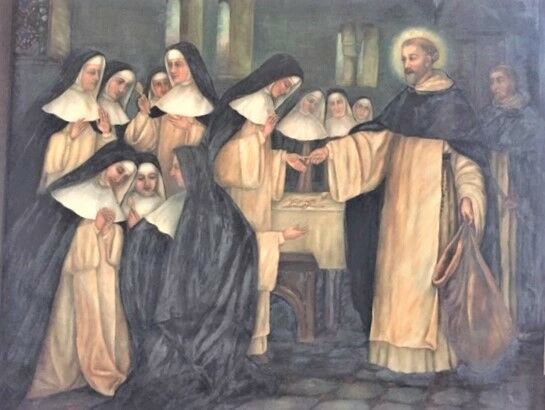 In the late 19th century,  immigrants from many countries were arriving in San Francisco, California. To meet the needs of German immigrants, the city's Archbishop, Joseph Sadoc Alemany, OP, asked the Dominican Sisters of Holy Cross Convent, Brooklyn, New York, for Sisters to instruct the children of German families. Three young Sisters accepted the mission to the West and  bravely crossed the country--Sister Maria Pia Backes, 24, Sister Amanda Bednartz, 17, and Sister Salesia Fichtner, 21.  After their arrival in San Francisco on November 11, 1876, the pioneer Sisters began teaching at St. Boniface School.

By 1888, distance from the Motherhouse in New York led Sister Maria Pia to found the Congregation of the Queen of the Holy Rosary, also known as the Dominican Sisters of Mission San Jose.  Trusting in "God Alone," Mother Maria Pia led the Congregation for 48 years until her death in 1925.   Devoted to Dominican life, Mother Pia was a woman of prayer who gave the Congregation a strong liturgical orientation.  She oversaw the writing of the Congregation's Constitutions and rejoiced when they received papal approval.   With deep compassion for the young, the poor and the vulnerable, she sent her Sisters to establish Catholic schools and orphanages in California, Oregon, Mexico, and Germany.

Treasuring the Dominican charism and faithful to the vision of our foundress, Mother Maria Pia Backes, we minister to the young, the poor, and the vulnerable as we preach the Good News in California, Arizona, and the Province of Mexico.  Rooted in a contemplative lifestyle, we live in community and find our support in personal and liturgical prayer—the Eucharist and the Liturgy of the Hours.  We pursue lifelong study to support the preaching mission:  evangelizing, educating  and promoting peace and justice. 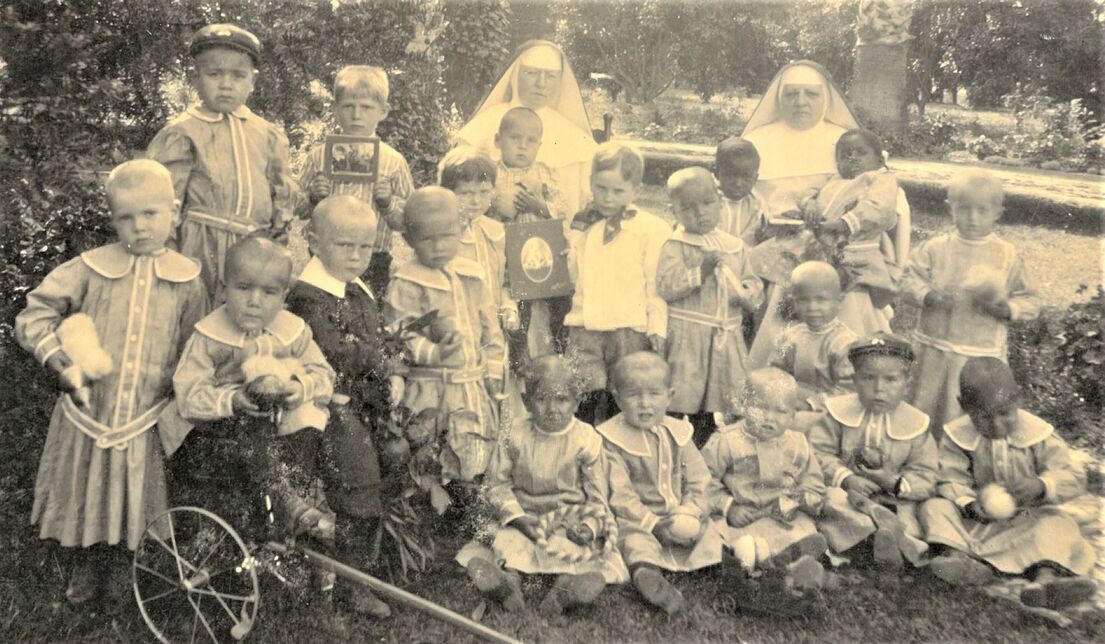 “Like good stewards responsible for all these varied graces of God, put your gifts at the service of others.”  -- 1 Peter 4:10

It is a joy to serve our Congregation and give leadership to the Direction Statement from our General Chapter.  We desire to “live out of a deep center of love” as we minister to “the young, the poor, and the vulnerable” with joy, building “bridges of love” and unity in our world today. 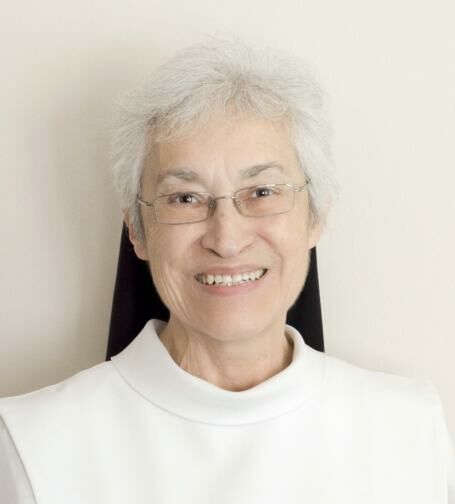 I am filled with hope and gratitude as we begin a new term in service to our Dominican Congregation. I am both challenged and encouraged by my Sisters to become a visible presence and expression of hope, joy, and love. 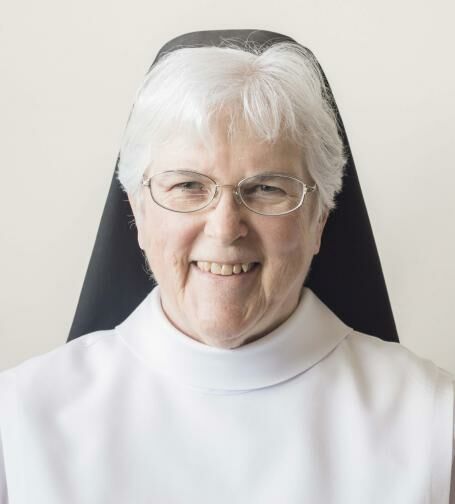 God is here and showers us with His blessings in all the details of everyday life.  I have a sunny disposition or as we say in Spanish – “I smile at life."  As a person in motion, I enjoy each task and seek harmony within myself as I pursue the values of the Kingdom. 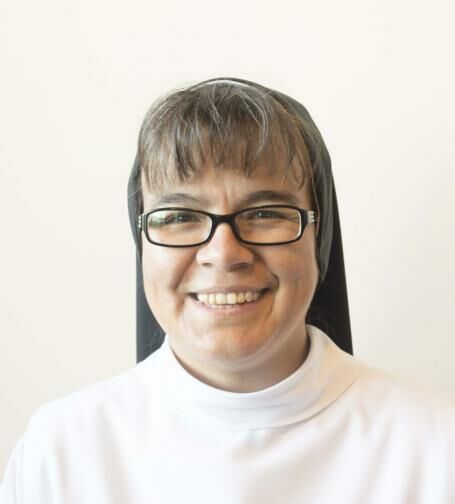 Service brings me joy and meaning as I feel called, "to pick up the basin and towel and wash feet." In kinship with all of creation I find joy in the beauty of our Motherhouse.  My leadership is grounded in God as I preach the WORD, sometimes with words. 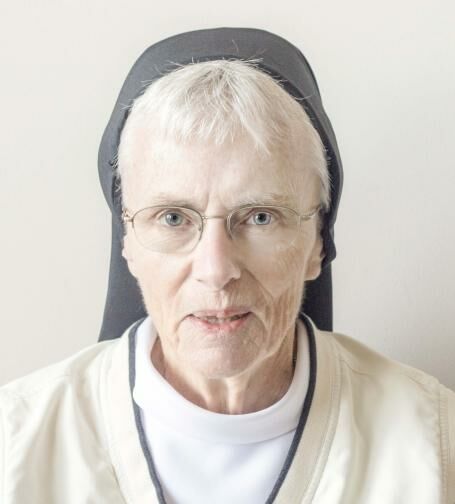 Life is a journey that beckons us forward. It calls for movement toward God and turning toward one another and all of creation in love and respect. In stillness and solitude, my soul is nurtured and I am impelled to feed the hungry who thirst for love, compassion, and acceptance without judgement. These reflective words are inspired from days on the Camino de Santiago – a life-changing experience. Buen Camino! 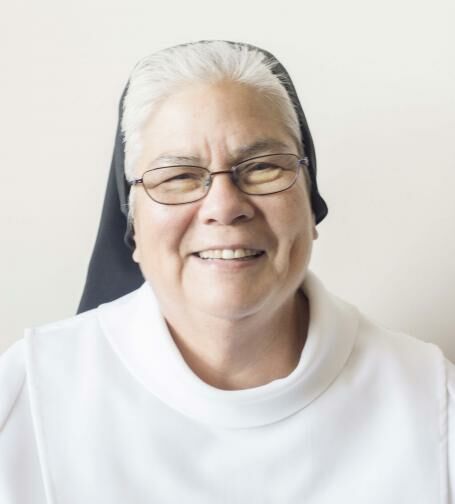 The Congregation has one province, the Province of Cristo Rey, México.