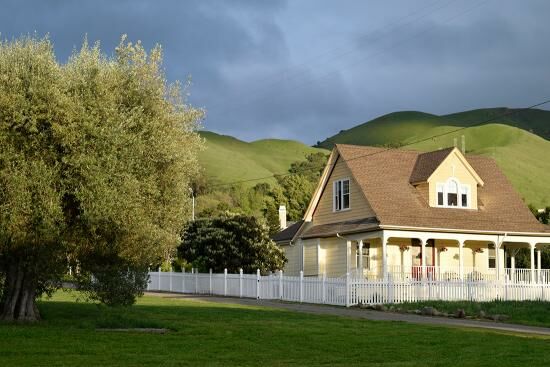 When the Dominican Sisters arrived at Mission San Jose in 1891, the land included 334 olive trees. The Ohlone people planted the trees on this sacred ground under the direction of the Franciscan friars.  In 1894, the Sisters began processing the olives for their rich oil. The oil was sold to Catholic parishes throughout the Bay Area and across the United States.  Olive harvests were discontinued in 1965 and reinstated in 2000.

Today the Sisters cultivate two hundred olive trees, the largest remaining grove of mission-era olive trees in California. The activity engenders great appreciation for the gifts of Earth. Many hands go into tending, harvesting, and bottling the golden oil. The prized extra virgin olives are pressed and bottled by Sciabica's California Olive Oil, shared with friends, and sold each year at the Dominican Sisters’ annual Holiday Boutique.

Our Motherhouse honors God’s creation and affirms Pope Francis’ call in Laudato Si to care for our Common Home.

Tended by the Sisters and neighbors in the local civic community, a 5,000 square foot vegetable and community garden is a centerpiece of caring for creation at the Motherhouse. The  community garden includes twenty fruit trees sustained by a reactivated historic well. A solar-powered pump and gravity flow system -- designed by Santa Clara University School of Engineering undergraduates -- delivers well water to the garden’s drip irrigation system. Motherhouse hives pollinate the produce that is enjoyed by our Sisters and shared with the community.

The Sisters purchased the land in 1934 to serve as a summer camp for students enrolled in St. Mary of the Palms School for Girls in Mission San Jose. Boarding students and orphans attended summer camp on the mountain property as part of their educational program. After the school closed in 1967, the aging camp cabins were demolished or lost in the 1989 Earthquake. The Sisters renamed the property “Marywood” in 1970 and rebuilt two small houses that are used by the Sisters and their guests for retreats or small group gatherings. (InCommon, Spring 2017, 6)

In 2017, the Dominican Sisters finalized a conservation easement with the Land Trust of Santa Cruz County, preserving their historic Marywood property from development. The agreement is the fruit of extensive negotiations involving the Trust, state agencies, university researchers, regional conservation groups, and the Congregation.

Agreement benefits include the Sisters’ continued access and ownership of 170 acres of Marywood forests and meadows and connected bio-diverse habitat on both sides of Highway 17 at Laurel Curve in the Santa Cruz Mountains. Greater motorist and animal safety will be achieved with construction of a wildlife tunnel.

In a beautiful regenerative meadow, we care for creation in a sustainable California landscape. A network of twenty-four water retention basins on the property  capture storm runoff that culminates in the meadow. A walking pathway, planted trees, flowers, and native grasses to sustain pollinators, birds and butterflies  nourish the human spirit in a contemplative, drought tolerant meadow.

In 2017, solar panels were installed at the Motherhouse. The system is expected to offset 65% of the power usage in the LEED Gold certified St. Joseph Residence and Dominican Center which opened in 2016. The system dramatically reduces the Sisters’ carbon footprint at the Motherhouse and supports the Congregation’s commitment to care of creation.

The Dominican Sisters seek to honor God’s creation and affirm the call of Pope Francis in his encyclical letter, Laudato Si:  Care for Our Common Home. The urgent challenge to protect our common home includes a concern to bring the whole human family together to seek a sustainable and integral development. . . . Humanity still has the ability to work together in building our common home. . . All of us can cooperate as instruments of God for the care of creation, each according to his or her own culture, experience, involvements, and talents (excerpts par 13-14). 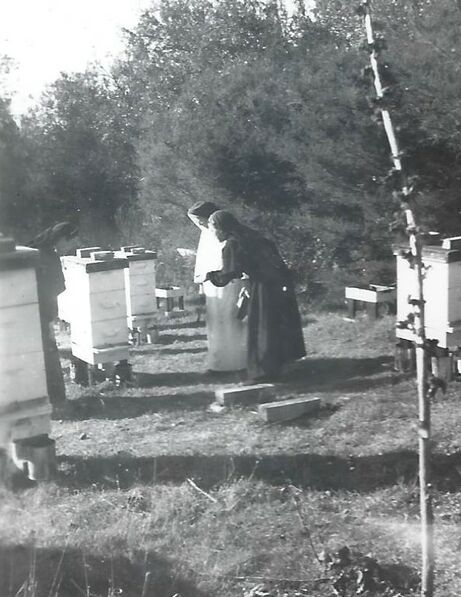 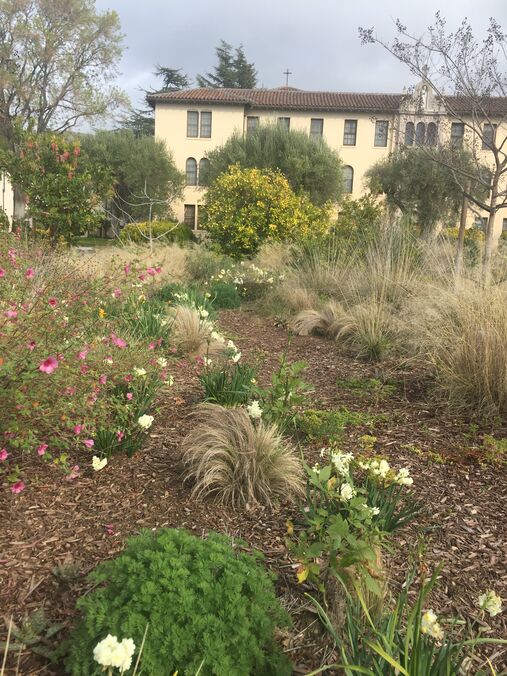 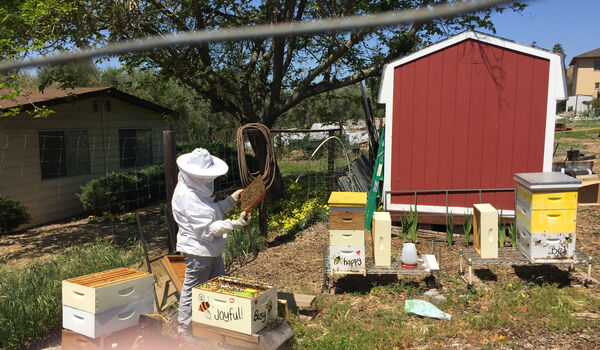 Garden by the Chapel 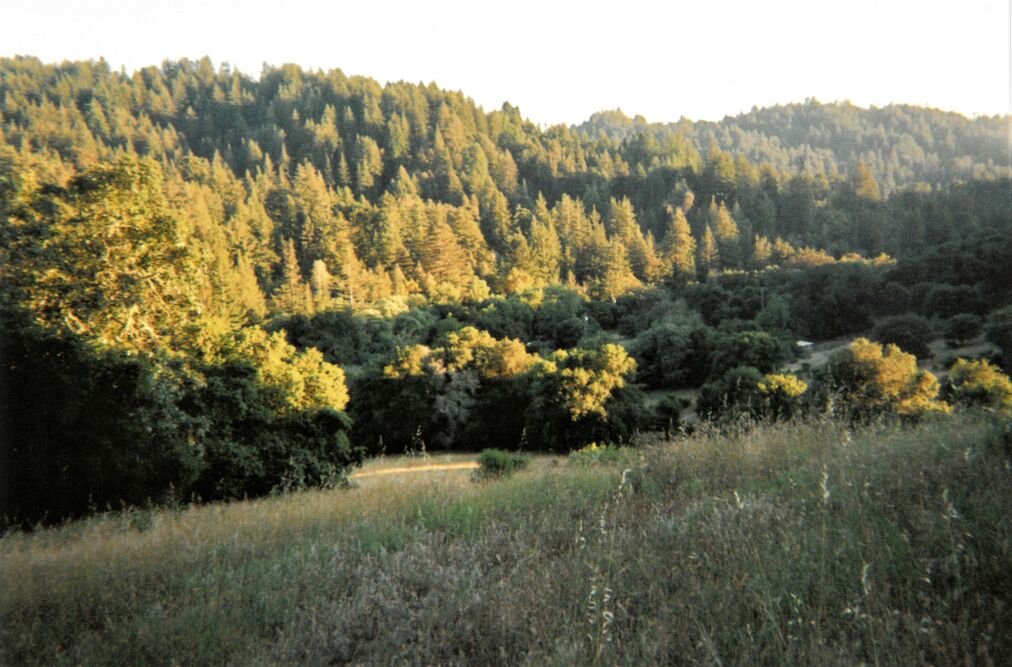 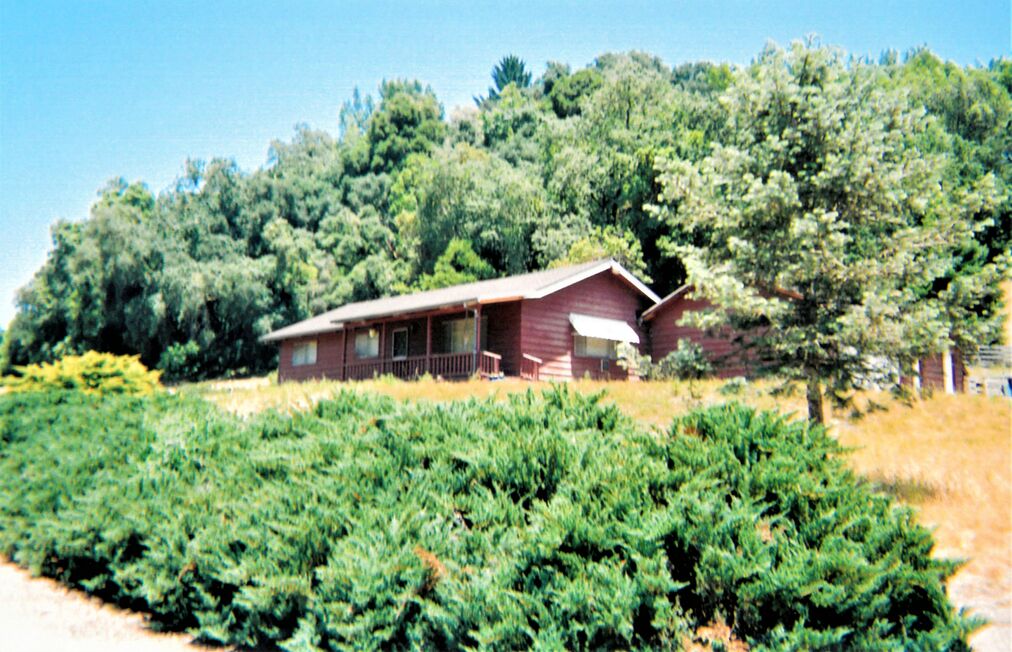 Sister Barbara Hagel inspects a beehive in the Garden of Blessings at the Motherhouse.