From July 24 – 30 the Dominican Sisters of Mission San Jose, Congregation of the Queen of the Holy Rosary, gathered in General Chapter to pray, discern, and elect their new Congregational Council, leadership team, for the next five years.

Sister Angelica Velez, an educator, has served as teacher and principal of parochial schools and as principal of Sacred Heart High School, Los Angeles. She recently completed her ministry as pastoral associate at The St. Thomas More Catholic Newman Center at the University of Arizona. She is currently Novice Director for the Congregation.

Born in South Korea, Sister Mary Yun is a licensed clinical social worker and holds degrees in social work and religious studies. She is currently the Vocation Director and the Director of Candidates for the Congregation. In addition to her formation ministry, Sister also serves on the National Religious Vocation Conference Board, (NRVC).

Sister Mary Susanna Vasquez has ministered as an elementary teacher and principal in parochial schools affiliated with the Dominican Sisters. As a member of the Congregation’s leadership team for the past six years, she served as Coordinator of the Affiliate Schools Program and was Co-Director of the Sponsored Schools. Her ministry included outreach to the schools of the Province of Mexico.

While much of the Council’s time will be dedicated to the service of the Sisters of the Congregation, they will also interact with other Dominican congregations, the Church, and many organizations on behalf of peace and justice.

The election of the Congregational Prioress followed a long-standing tradition that included the roll call of eighty-four delegates, secret balloting by the delegates and then placing the ballots in a black and alabaster urn. The ballots were then counted aloud.

As the Sisters welcomed their new leadership, they also spent time thanking the previous Council for their generous service, as they accompanied them in their mutual journey of service to the young, the poor and the vulnerable. 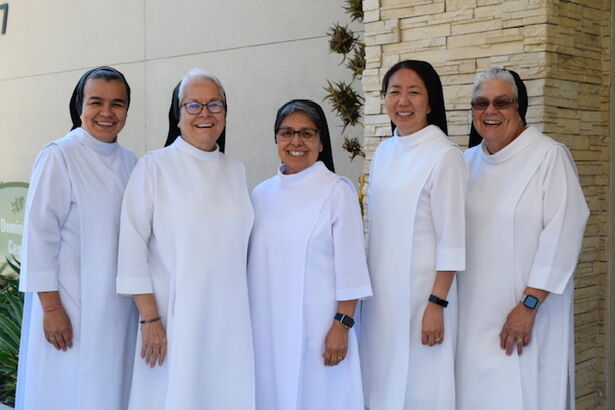